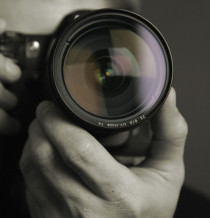 Scott O’Neill has called Atlanta home since 1965. He credits his "local" education (Tucker High School, DeKalb College, and Georgia State University) as a major factor in forming the architecture of the "Atlanta Collection."  An in-depth knowledge of the area, its people, the culture and a degree in marketing have all worked together to produce these powerful images. On location training with several of Atlanta’s Master Photographers, various classes at The Southeast Center of the Arts, The Spruill Arts Center, and Nikon Seminars also helped in developing the skills used in his work.

Atlanta, city of over 6 million, has been described as the "fastest growing metropolis in the history of the planet!" Living this history on a personal level has given Scott an advantage that all local artists have in their area....proximity. Proximity enables artists (especially photographers) to feel and anticipate the exact moment that is best to capture an image and to act quickly to accomplish it. Atlanta and the South is a truly blessed area of the country. There is so much to see, so much to do and so much to marvel at. Southerners are extremely proud of their history and traditions and also embrace the fact that there is always something new coming.